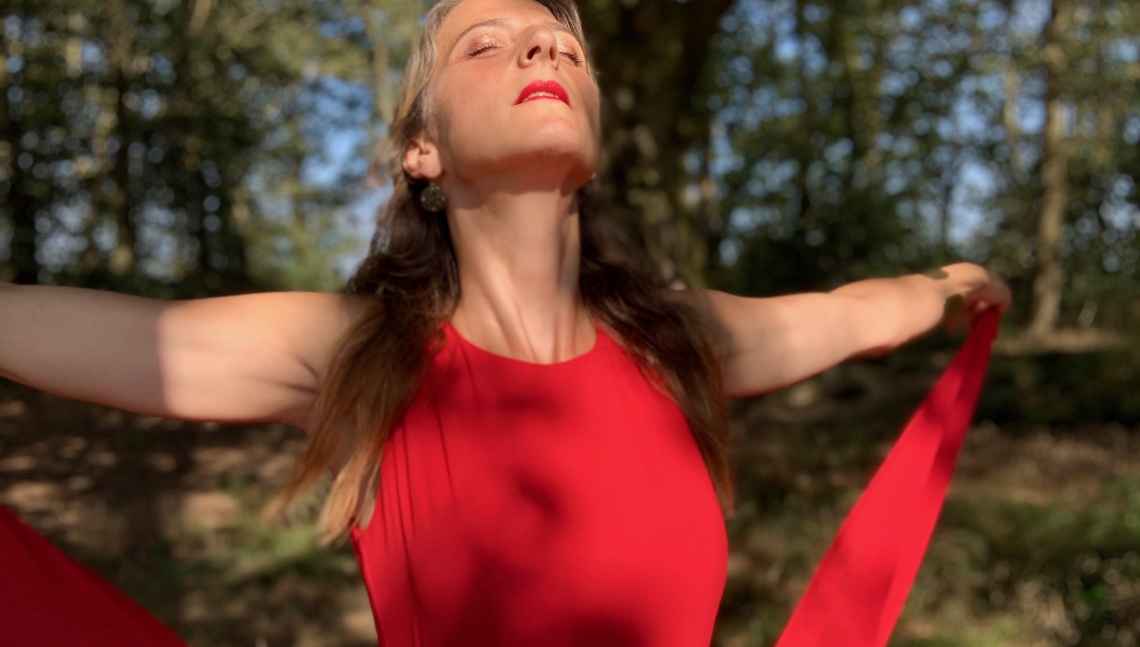 Some people may think I show myself to show off… I let them.

Some people might feel jealous… some even disapprove… I let them.

Some people might assume I expose to impress… I let them.

Many people may think many different kind of things, make assumptions, disapprove, judge…

And I let them. For I can not do otherwise.

Let me share a story with you. A true story:

When I was young I felt very insecure. And I mean VERY insecure.

When people called me beautiful I had NO idea what they were talking about. I was being asked a few times to become a model but I retracted…

A part of me maybe thought it was flattering but overall I only saw my flaws, the features and traits that were not perfect and thus I could not be called beautiful.

with my perceptions of being ugly and meaningless…

In other words: I hid behind convictions and beliefs that kept me small ánd RIGHT where I was…

All the while wíshing I was ‘somewhere else’, ‘someóne else’ even, that I would act differently than I did, have the courage to do that, to stand in my power, coming from Truth… That I would speak up, share wisdom, write about insights, be confident…

I desperately wanted to share my gifts, have impact on the world that I desired to change for the better… and my Soul longed to SHINE brilliantly!!!...

It was Way WAY too frightening to SHOW MYSELF!!

What would others think of me? They would definitely see my flaws then, all my imperfections…They would judge me…

And so I stayed put.

Right there where I was.

Feeling frustrated and all for - to name just a few –

b) being tired and sick all the time,

c) being young with SECRET aspirations but lacking (and leaking) energy,

I felt utterly frustrated for not having the guts to be FULLY ME.

Ultimately I became very depressed and very ILL of all those stucked up Desires inside myself that were blocked!!!

It catapulted me into a deep and long process. A very Dark Night of the Soul.

In which I discovered 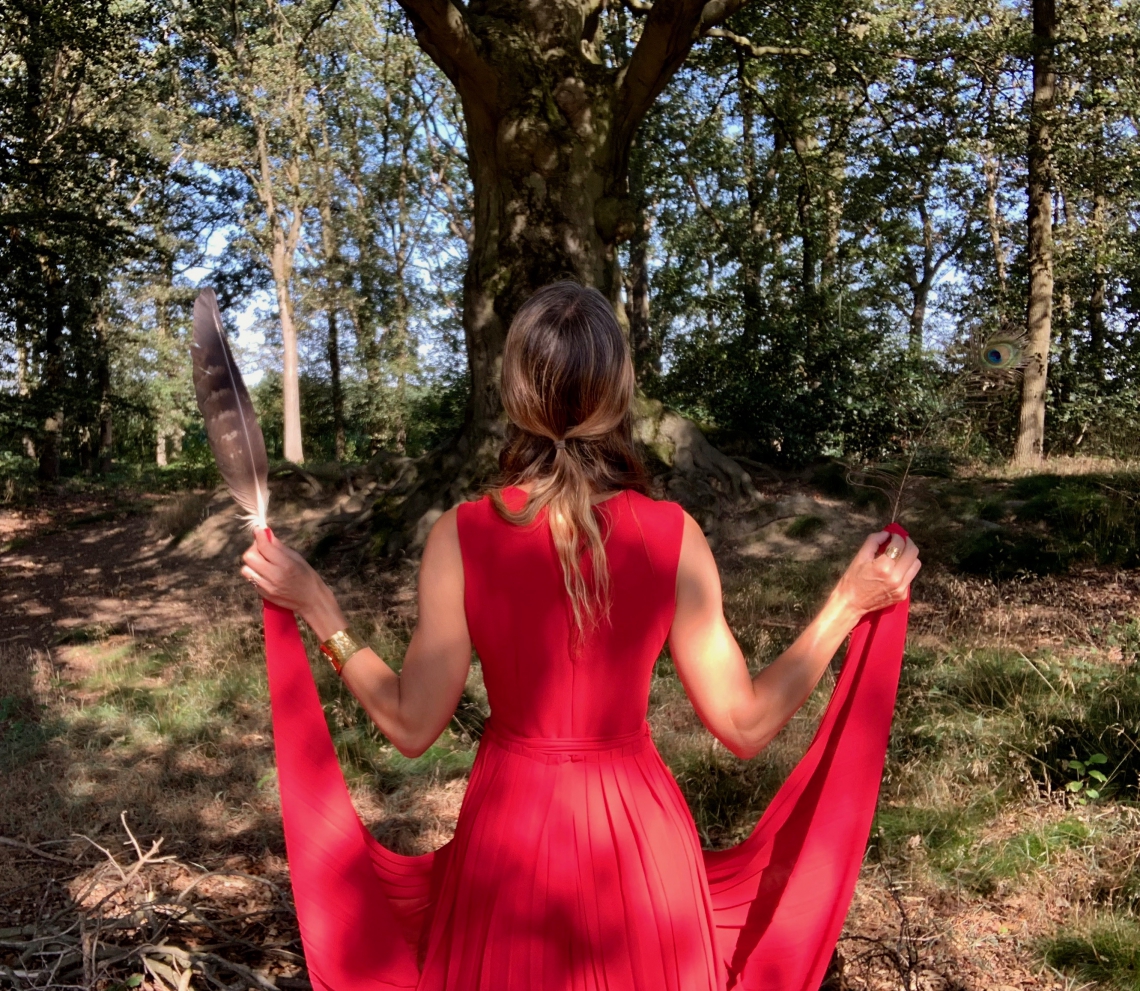 Not my neighbors, the doctor, my siblings, colleagues, not even my past or…

And I decided to

Starting with babysteps. For isn’t that where learning to walk begins too?

One step at a time.

Learning to love more of myself.

I started to look at ‘My Heroes’ with different eyes…:

I started to perceive my jealousy ánd admiration towards them in a different way… I used to use it (unconsciously) as a means of projection… as long as I told myself ‘THEY were good at what they were doing but I could never’ I placed that power outside of myself, I placed them and their capabilities above myself…

so I could also become an AUTHENTIC (i.e. in my own unique way) TRUTH-SHARER and EMPOWERER.

For thát was what my Soul longed for:

To wake people up and to See them in their Strength as They Truly are.

For example I discovered it must have taken Bravery for most of them to STEP INTO THE SPOTLIGHT instead of only seeing where they were at the point in their life where I finally ‘discovered’ them…. Did I know what they had gone through to get there?... NO. But I realized to be that WISE and IMPACTFUL they much have had their share of OVERCOMING fears on their Road of Life.

I also saw: The ones in the spotlights are easy targets… and some literally faced death because of their courage to stand out from the crowd. I only FEARED that… so actually, for me there were less obstacles to BE ME.

THANX to all the ones who have INSPIRED ME to come out of my ‘safe but very unhealthy cave’ I nowadays SHOW MYSELF deliberately in pictures and in writings and in videos.

Was it scary to do so at first? YES.

But I challenged myself…

It was a fear I have ‘faced and conquered’ in life.

It did NOT kill me.

IT HELPED ME TO RETRIEVE MY SANITY; mentally, psychically, physically and spiritually.

I know what I am Here for… I AM ON A MISSION!

And BEING HEALTHY HELPS ME on my Path…

I HAD to step into the Light and learn to Own all of me and to show my gifts (what else did I get them for anyway?).

Would you have read this if you had not been triggered by something in the title, but maybe even more in the picture…??? And could it be you needed to read this right now??? Is there something in YOU that wants to be FREE(d)???

Some people might feel a longing… a wish to be able to do ‘the same’, bút… (sum up all negative thoughts that arise then)…

Many people may think many different kind of things, make assumptions, applaude and project…

Applauding is fine as long as (!) it serves as a sweet ‘Kick-In-Ze-Butt’ to start to show up as YOU too…!

Putting me on a pedestal, I can not stop you from that… but please please PLEASE if you HAVE to… COME STAND RIGHT NEXT TO ME.

Raise your Self esteem (read the capital S please) so high you will rise above the standards you believed were yours!

YOU are the reason to show up.

YOU are Here to make an impact. To make a difference.

To bring your Beauty, Knowledge, Wisdom, Light, Love and Peace into the World…

isn’t thát what you came Here for…?:

To make this World a better place.

What is your Soul longing for?

WHAT MAKES YOUR HEART SING?

Do more of that.

And you too WILL make this World the Place of Peace you’ve envisioned.

with Love & Full of Hope,

Prayer to the Heart

How HeartSoulutions came into BEing...

You can Try to Hide

be you, show up, divine feminine (Eng)

Love on the Pedestal

inspiration, natural, divine feminine, be you