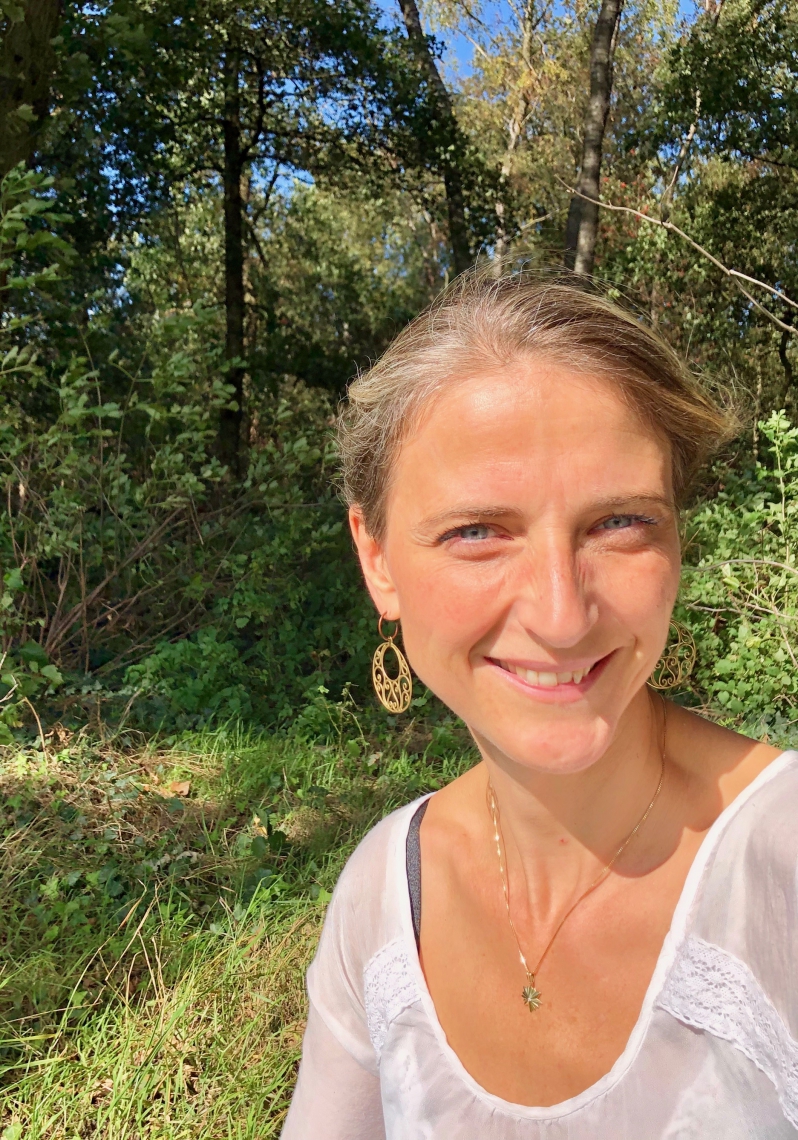 What I’m about to share has a connection with something I recently shared in the video ‘Speaking your Truth’.

I once decided to not hold back anymore but to (learn to) share my Heart’s Truth.

(As more people do, thank God-dess!)

I do this in the way that fits best for me at that now-moment...in writings, in video, in images (or in dance, singing, light language...).

Showing mySelf as I am.

Because I am convinced not speaking up ultimately is more devastating to mySelf than taking the risk of ‘failing’.

I’ve had a blocked throat chakra for decades!

And so do many people I have discovered…

I myself have been inspired my those who have had the courage to be bold and communicate from the Heart.

NO MATTER what the response would be:

For some (or should I say many?) it resulted in being mocked.

For some (dito) it resulted in becoming an outcast.

For some (dito) it resulted in being imprisoned, tortured.

For some (dito) it resulted in death.

Still, they spoke up.

And keep doing so.

For some (dito) none of the above has happened in this lifetime but in their cells they carry memories of lifetimes when that did happen and a certain fear is now (many times unconsciously) withholding them to speak up.

And some (dito) see what happens to people who express themselves and they don’t want to receive the same responses.

For as you speak up you stand out from the crowd.

You are in the spotlight.

Which can feel very vulnerable.

I am grateful most people do get my messages. I am grateful a lot of people also notice the layers beneath the surface.

I’ve noticed there are others who tend to comment mostly on how I look, whether my hair is dyed well or whether the grey hairs are to be seen, how tall I am or if I smile enough or...

First of all this:

I started to ‘henna my hair’ when I was 17. I quit dyeing though when I noticed I started to become Grey, because I simply L O V E grey and white hair! As a little child all I wanted was to become Wise when I would be older (I had no particular profession I could think of apparently) and for one reason or another ‘grey hair’ to me was connected to Having-Gained-Wisdom.

It took a long time for me to get rid of the unnatural color, but I managed to ‘sit through it’! And for the first time in almost 30 years I had my own haircolor back!

Then my daughter, who attended a hairdresser school at that time, needed a model to learn how to dye. Unfortunately she got a cancellation shortly before she had to practice and that’s where this mum stepped in to help her, hearing myself say: “Okay, I will be your model.” Since then, I have been wearing this golden hairdo. And I am still not ready yet to cut my hair short and start the whole long term process of becoming ‘a natural with brown-grey’ all over again ;-)

If I share a picture of myself I am mostly trying to emphasize something I want to bring to the forefront by using visuals. Sure, it can be nice to receive compliments, and I don’t reject them (anymore), but simply knów that for me it’s mostly about the message I am trying to transmit. (To be honest, I have had to teach myself to receive and to respond to compliments because in the beginning I was amazed if people seemed to neglect the message that came with it).

After a childhood in which I felt not seen and had experienced a lot of trauma (which was not all there was, for I experienced joy too, but I’m mentioning this now regarding to this particular subject) I had become very insecure. A typical wallflower. (I hated pictures. Was asked to become a model several times and also a mannequin but I was convinced back then people were joking when they asked).

It took me years of diligent ‘self work’ to grow feelings of selfworthiness and for most of those particular insecurity-layers to vanish.

It then took many more years to not only overcome my feelings of not-being-worthy but to take it to the next level and be courageous enough to speak up and express my Truth publicly ánd to discover the Power of a Camera even.

To show myself as I AM.

In pictures and in videos even!!

The message I had to remind myself of again and again at first was:

Stop trying to be perfect and start BEing YOU.

Simply as you are.

For that’s why you are Here.

O YES it was (I so remember the first video and my shaking voice… how vulnerable I felt).

And sometimes it still is.

It takes courage to face any fears that arise and STILL do something you FEEL you NEED to do (despite of my shaking voice I did record that first video and placed it online - and it's still online because it's my own sweet visual reminder of developping through the years ánd through the fears).

I have received private messages and emails of people after my recent video of Speaking your Truth. Thanking me for doing so. Some expressing they would also love to, but are being/feeling held back (for now).

For as long as you want to actually. Really.

But I am convinced you have beautiful TRUTH to share too!!! For that’s why you feel touched by me doing so. Just as I am being inspired by others speaking out.

And yes, I know, there will always be people who won’t get your message. Who focus only on how you look or how you say things exactly (and if that’s actually correct) instead of focusing on what it is you’re really bringing into the Light.

There will always be people too who will disagree with your way of seeing things. That’s just a simple fact and it’s fine.

All of this does not implicate your Truth would not be True!

I.m.h.o. a lot of the times, how people respond and what they respond to, is actually about them. About their insecurities. Their fears.

Not about who you are, and certainly not who YOU are IN THE CORE.

Expressing your Truth is about YOU BEing Here on Earth as YOU are meant to BE.

So Here I AM, including visible wrinkles, brown spots of the sun on my skin and grey hairs peaking through the blond... 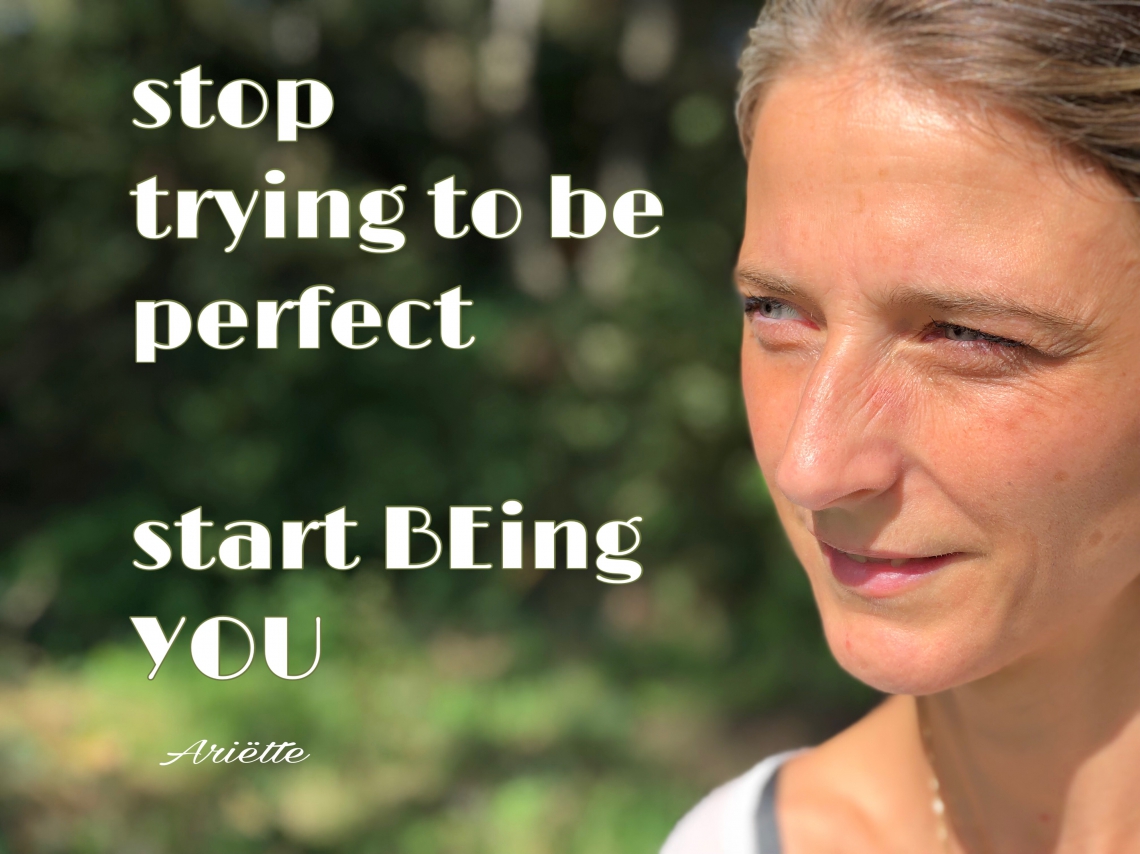 For I stopped trying to be perfect

Simply as I AM.

Because that’s why I AM Here.

And so are YOU.

I want to express my gratitude to all of you who have let me know you feel inspired.

Your inspiration is one of my motivations.

The main motivators and encouragers?:

my own HEART & SOUL